Amnesty International Group 48 is hosting the annual Write for Rights event virtually on International Human Rights Day. Grab a drink, a snack, and a seat at home to join us.

Thursday, December 10 at 7:00pm
Click here to join the event virtually with the following Write for Rights essentials:

“I can’t breathe.” Those were the last words George Floyd uttered before he was killed by a police officer who kneeled directly on Floyd’s neck for seven straight minutes while he lay prostrate on the ground with his hands handcuffed behind his back, in broad daylight.

Floyd’s death comes in the wake of a series of acts of racist violence against African Americans that remind us of the astounding levels of violence and discrimination in the USA that black and brown communities face. This includes the killing of Breonna Taylor, a black woman who was shot in her sleep by the police who broke into her apartment, and the killing of Stephon Clark, who was shot and killed in his grandmother’s backyard with nothing but a cellphone in his pocket, and so many more we may never have the chance to hear their names.

END_OF_DOCUMENT_TOKEN_TO_BE_REPLACED 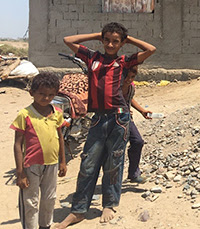 One year ago, a terrible human rights crisis erupted in Myanmar. The Myanmar military embarked on a vicious and systematic campaign against the ethnic Rohingya in Rakhine state, burning villages to the ground and killing thousands of civilians, including men, women and children.

In the past year, Amnesty International has documented extensively this relentless campaign of ethnic cleansing, and the squalid camps on the Myanmar-Bangladesh border where more than 900,000 Rohingya who managed to escape are now housed.

The Myanmar military assaulted civilians, including children, shooting and killing them as they fled in horror. They laid landmines along the path to safety. Hundreds of thousands of Rohingya have been killed with their homes destroyed and women sexually assaulted. The United Nations called this crisis “a textbook example of ethnic cleansing.”

It’s time for United Nations Ambassador Nikki Haley to move for an international mechanism that will pave the way for bringing the perpetrators of these crimes to justice. Ask your Member of Congress to push for an investigation of crimes against the Rohingya now.

On Wednesday July 5th, Turkish authorities detained Amnesty International’s country director, Idil Eser, along with eight other human rights activists and two foreign trainers as part of a raid on a human rights workshop that Idil was attending.

For over 24 hours, they weren’t allowed to contact their families or see a lawyer — and no one even knew where they were.

Idil and the others were doing nothing wrong. Some are being questioned on suspicion of “membership of an armed terrorist organization,” a baseless and ridiculous accusation.

“The absurdity of these accusations against Idil Eser and the nine others cannot disguise the very grave nature of this attack on some of the most prominent civil society organizations in Turkey. If anyone was still in doubt of the endgame of Turkey’s post-coup crackdown, they should not be now. There is to be no civil society, no criticism and no accountability in Erdoğan’s Turkey.” – Salil Shetty, AI Secretary General.