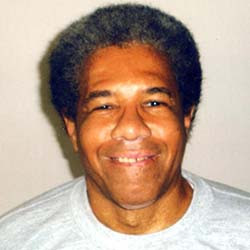 With the knowledge of his release, Albert had this message for those who have helped him secure his freedom:

I want to thank my brother Michael for sticking with me all these years, and Robert King, who wrongly spent nearly 30 years in solitary. I could not have survived without their courageous support, along with the support of my dear friend Herman Wallace, who passed away in 2013. I also wish to thank the many members of the International Coalition to Free the Angola 3, Amnesty International, and the Roddick Foundation, all of whom supported me through this long struggle. Lastly, I thank William Sothern, Rob McDuff and my lawyers at Squire Patton Boggs and Sanford Heisler Kimpel for never giving up. Although I was looking forward to proving my innocence at a new trial, concerns about my health and my age have caused me to resolve this case now and obtain my release with this no-contest plea to lesser charges. I hope the events of today will bring closure to many.

Take Action: Demand an End to Solitary Confinement in the United States!