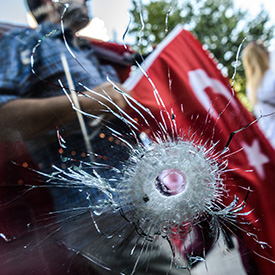 Even when a country is under a state of emergency, the government’s actions must be proportionate and must serve a legitimate purpose. The Turkish government’s actions leave little room for doubt on their intent: silencing criticism without regard to international law.

Sign the petition to President Erdogan of Turkey to tell him end the attacks on freedom of expression.